Once upon a time, there was a pool on a roof that had a leak, and there was a kid who dreamed of writing books for shows and movies which only existed in his mind.

Now, there’s only a forty year-old man, with his waning memory and degrading writing skills, waiting for something to bring it all back.

But once upon a time, he dared to dream and live up in the clouds. He dared to see the world, to see things dangerous to come to, to see behind walls, draw closer, to find others, and to feel.

Whenever I look back at my life, I always look back at how this movie changed my life. For a time, I started collecting stones for my own “memories.” I bought The Leaves of Grass by Walt Whitman because of this movie. My wife probably never even understood the significance when I gave her the book. I even wrote my final obituary “Simon style.” That damn obituary kept me alive throughout my bipolar years. I wanted to die a romantic death, so I kept putting off my suicidal thoughts. I wanted a perfect ending to my life like Simon did. This is the movie that has imparted this lesson to me very deeply

My young, idealistic self, asked myself that question too. What will my verse be? What will my contribution to the world be? To change the world and be remembered in my passing. I used to think I’ll do grandiose things, save the world from destruction, bring everlasting peace and all that jazz. At the twilight of my life, I now look at my life, standing on the seashore, thinking these thoughts to myself. It’s not me that I leave to the world. It’s my son and what he does. And I think I’ve done alright by the world, leaving a boy who is kind and infectious with his energy. I didn’t leave a version of me. That would have been a terrible malady upon the world.

I felt this so deeply that I had to spend all my young adult life being melodramatic. My heart was broken before it was whole. And for a while, I thought I would end up like Miss Havisham, handing down my heartbreak to someone else. It turns out that I would find my own Kaoru, which leads me to…

For a long while, I thought this would be how it would end for me. I was as haunted by Tristan about his brother’s death as I was about someone I lost as a friend. But I found my bear, and I went and defeated it.

This is all I have to say about this, really.

It didn’t end the way the movies did. I never had the realization that Chris did. I had the epiphany years after the fact, after I chanced upon this movie on TV. And it dawned on me, “Oh, she was that crazy girl pushing everyone away, testing to see who comes back.” So that was why she asked me why I never called back, lol. In my defense, I was a bit dense back in the day. Okaaay. I was full on oblivious. Really thick. I finally understood the reference to 500 Days of Summers though. I misunderstood what you meant the first time you said it. But I finally got it years later.

We watched this movie without subtitles, in it’s original language audio. And for the first time in my life, I realized the power of movies without words. It was this film that made me want to become a filmmaker. It still does.

We can’t talk about film without taking about this masterpiece, this love letter to cinema. If there was ever a film that captured everything wonderful about cinema, this was that film. Everything about it just speaks genius. Including this heartbreaking soundtrack.

What I remember most from this film is that it gave us this soundtrack:

There’s many more I’d like to list down, but for now, I’ll stick with those that molded me during my formative years. And these are those films.

the internet exploded with memes such as these: 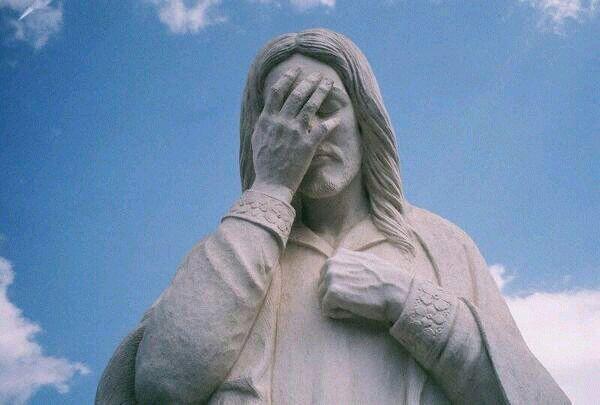 2. Jonathan Livingston Seagull – how can you not be inspired by this book?

3. The Earthsea Trilogy – puts Tolkien to shame for its wisdom and moving narration

4. A Song of Ice and Fire  (series; 5 books out, still unfinished) – a fantasy book with magic rarely used? This book is a master in moving the story through characterization. If you loved Tudors, you’d more than love reading this book. Politics and intrigue plays a larger part in this book than magic.

5. The Griffin & Sabine Trilogy (series) – this is a series of epistolary novels accompanied by very beautiful artwork and moving poetry. Useful if you want someone to admit their hidden feelings for you 😀

6. Sins Series (Sins of Omission, Sins of the Flesh) – a very immersing love story. I’ve never been one to like romance novels, but this one isn’t your typical romance novel. Evokes echoes of my past, present, and future. Uhuh. Read it to find out. This is really weird ‘coz i read this way back when my love life was still non-existent.

7. Ender Series – an outstanding sci-fi series. Speaker of the dead was especially very moving. Xenophobia as social commentary for bigotry.

9. Uplift Series – the most awesome sci-fi book ever in terms of premise, scope, and possibilities for spin-offs. In this universe, non-sentient beings are lifted into sapiency by sapient civilizations through genetic manipulation. Upon achieving sapiency, this species becomes indentured to the species that “uplifted” them from animal existence. This cycle occurs throughout the universe and is accepted as the norm by which ALL species become sentient. Enter the discovery of Earth, where humankind has achieved sentience without the help of a patron. Natural evolution is a heresy in this universe, and humankind gathers all sorts of enemies more technologically advanced than them. Facing extinction, humankind escapes one disaster after another through ingenuity and sheer luck. Is fate a random occurrence or a science?

10.  Beggars Ride (Beggars Trilogy) – what if humans never sleep? In this book, a group of babies is genetically altered so they’ll never need to sleep. These babies grow up to be just what they were designed to do. Sleepless. But their genetic manipulation had unintended consequences. First, babies produced by the Sleepless inherited their ability. Second, they were inherently beyond genius level. The stupidest of the sleepless will probably best Stephen Hawking in analytical thinking. As the general human population grew more fearful and more hateful towards the Sleepless, the Sleepless began gathering together and living in their own enclaves. Forced to live a life separate from the rest of humanity, the Sleepless begins a campaign to change the world and humanity in general, for the better.

11. Voyage From Yesteryear – not especially an impressive work of fiction. The idea isn’t even unique or utilized very well to create a good story, but this book is the first book that convinced me that a moneyless society can truly be possible.

12. The Saga of Recluce – balance between good and evil set in a fantasy world. Magic has its price.

13. The Choice – a gift curiously given to me by my wife. Beautiful message.

14. The Gift Of Acabar – reminds me of my high school days when cynicism hasn’t killed my upbeat optimism.

15. The Wheel of Time Series – 11 books collected and the series still isn’t finished! The author already died and the series isn’t finished yet. Thankfully, he knew he was gonna die (cancer, i think) and left extensive notes for the next writer who will finish the series. Hopefully, the publishers will stop meddling in the writing of this series and allow it to be finished once and for all. Yeah, it’s a verified moneymaker – but come on!

Potpourri by Jao Romero is licensed under a Creative Commons Attribution-NonCommercial-ShareAlike 4.0 International License.
Permissions beyond the scope of this license may be available at https://jaoromero.com/contact/.